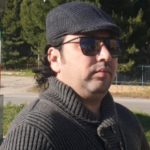 Europe: Ikramuddin, Founder and President of Jazba Ittihad Union of Journalists Europe Organization, said that the government should allocate immediate relief fund for the journalists who have died from Corona virus, just as the Prime Minister had released Ehsas funds for Poor people.There is a need to play a similar role in allocating relief funds for journalists. Journalists have sacrificed their lives to serve the country and the nation, which is a source of pride for the country and the nation.At the global pandemic as the services rendered by the Armed Forces and the doctors, journalists have played a similar vital role. We salute the greatness and bravery of the journalists.On the occasion of a global epidemic Corona virus, journalists hard work and struggle to keep us updated will always be remembered because the journalist is the smallest pillar of the state.The journalists have always and in all circumstances given their full support to the country, the nation and the people.May God bless all those journalists with perfect health who were affected by coronavirus and those who passed away all over the world.He condemned the ongoing incidents of violence against journalists and said that those involved in violence against journalists should be severely punished.The journalist community deserve to be respected not to be violated. Respect for Journalists is an important responsibility of every politician and officer of every institution.Founder and President of Jazba Ittihad Union of Journalists Europe organization demanded the united nation to take action against the ongoing atrocities and violence against journalists and also play an important role in protecting and solving the problems and difficulties faced by journalists around the world so that the problems and difficulties faced by journalists can be overcome,He added, Leaders of all countries around the world are called upon to ensure financial assistance to journalists who have been affected by a global epidemic such as the coronavirus and who have died from the coronavirus.He further said that the services provided by the journalists at the time of coronavirus will always be remembered by the people of all countries of the world.